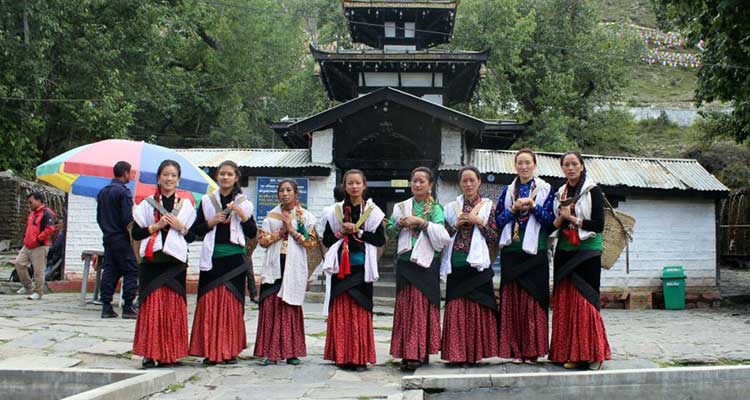 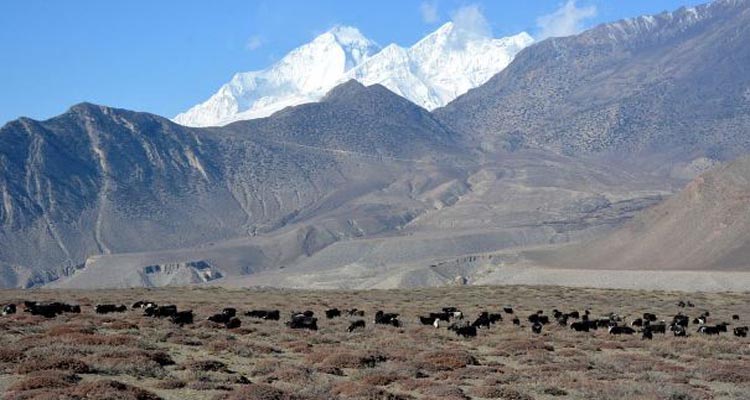 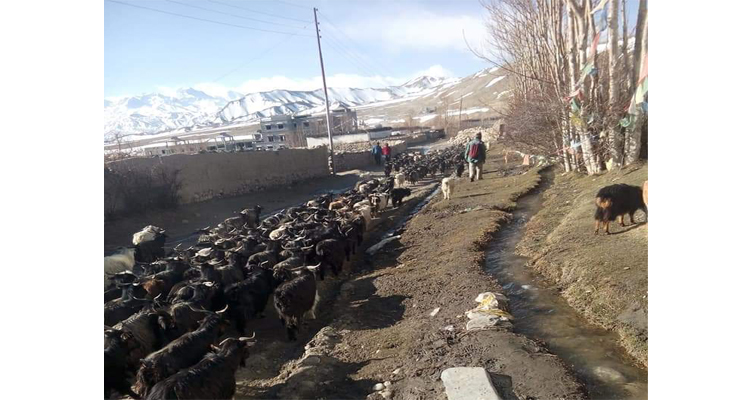 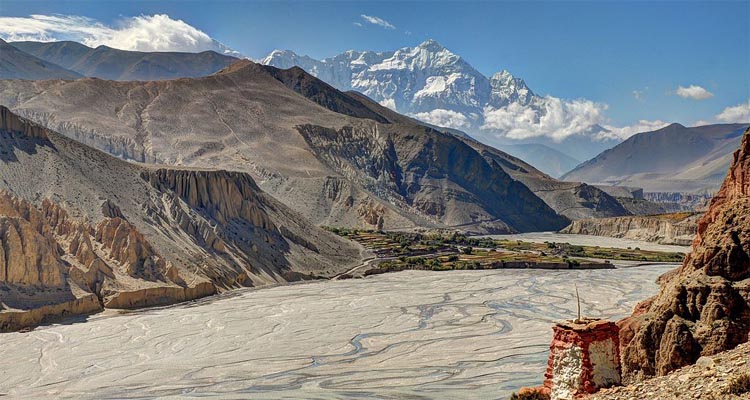 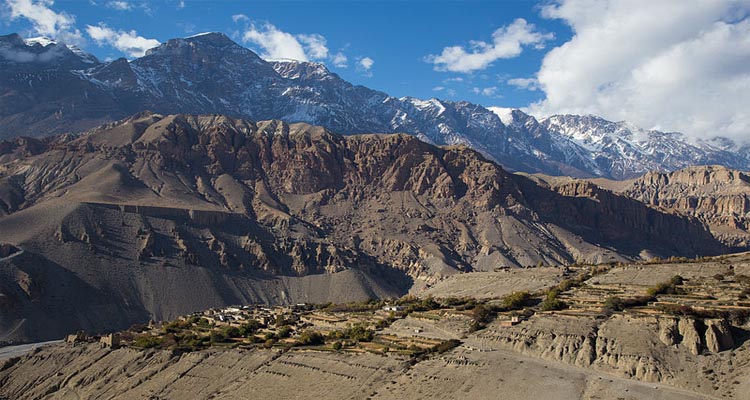 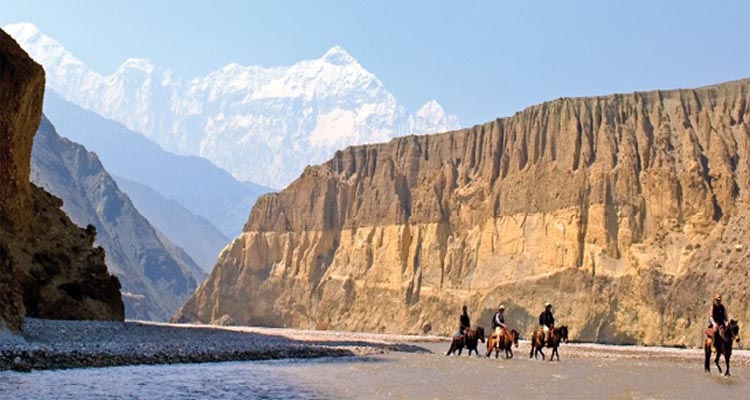 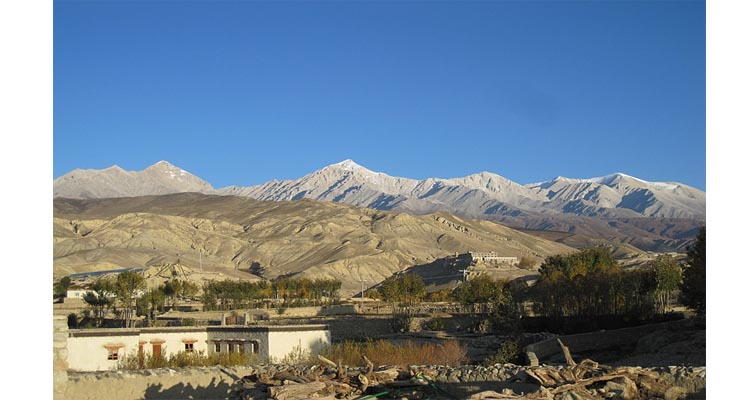 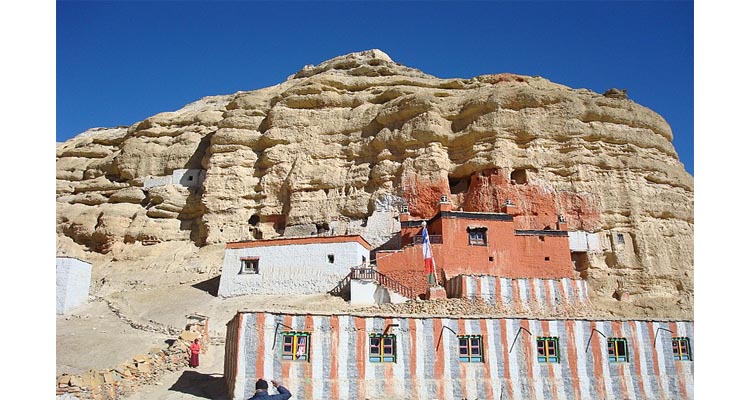 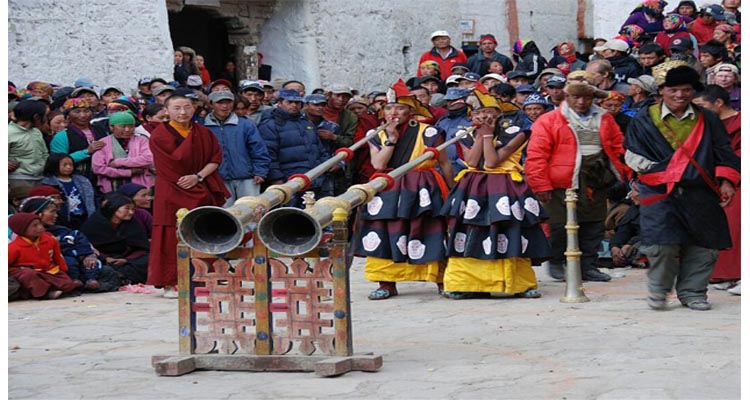 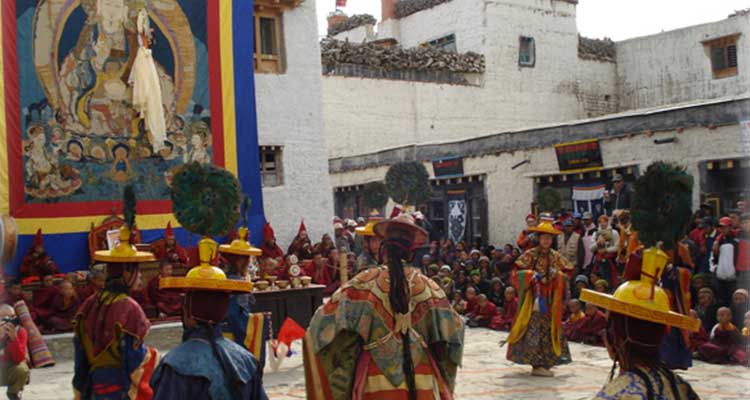 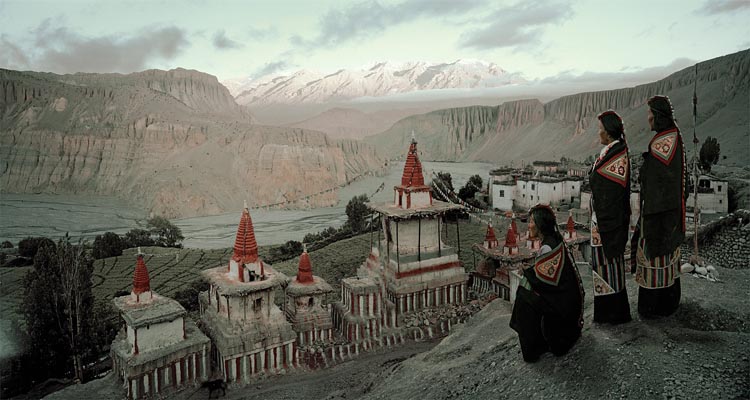 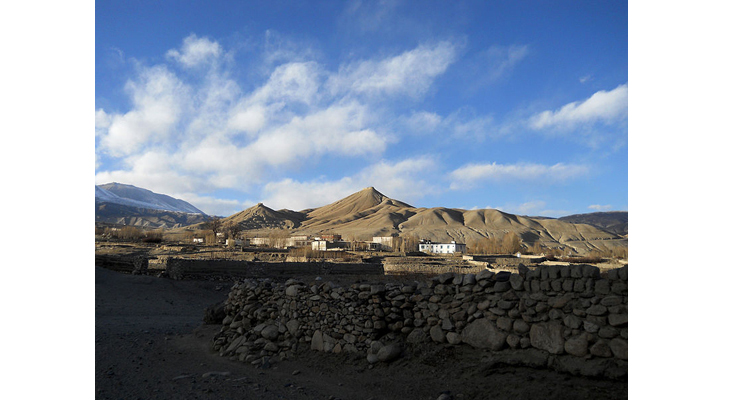 Upper Mustang is situated behind Annapurna and Dhaulagiri Himalaya ranges and connected to Tibetan Plateau of China. This region were ruled by King from Bhote Community, who are Tibetan descendant until Nepal was declared  Republican Country in year 2008. Because this area is remote and isolated form the mainland, it it is referred as Hidden Kingdom in general tongue. Since the whole nation has divided into three category for its geographical diversity – Bhot (the northern high land ), Pahad (the middle mountainous region) and Tarai (the flat and hot region), people living in Bhot is called Bhote.  The topography and peoples in this region are likely to the same of neighboring Tibet.

Lo Manthang was the capital of Ex. Mustang Kingdom. Mustang is divided into two parts  as Upper Mustang and Lower Mustang.

Lo Manthang (3800m) was founded in about 1450 by the son of the legendary Ame Pal, who conquered and united the small kingdoms in upper Mustang. The high wall, 300m long by 150m wide, in an ‘L’ shape, has safeguarded the town from warriors, bandits and fierce winds for hundreds of years and archaeologists say the fact that the wall has not been extended is proof that this community has remained largely unchanged for the last 500 years.

In the town Lo Manthang, around 1200 people live in about 150 houses, connected by narrow alleyways. Most of the houses are two-storeyed, with the bigger buildings being monasteries or palaces. There are some chortens in front of the main gate, and after these the first building we see is the 40 feet high king’s palace. There are three monasteries in Lo Manthang, but monks are only resident in the newest, Chode Lhakhang, which is about 200 years old and offers secular as well as Buddhist teachings. The other two monasteries are no longer used, but are looked after by different families, who share the duties of changing the water each morning and lighting the butter-lamps when night falls. Many people here protect their homes from evil spirits by hanging ‘ghost traps’ over their doors.  These are decorated goat skulls with pieces of string knotted around. The landscape around Lo Manthang is jigsaw-like in its diversity, being composed of valleys, canyons, plains, snow-topped mountains and rivers, with the ancient city as the centerpiece.

The most extraordinary festival being celebrated by the people of Lo Manthang is Tenchi / Tiji festival. Which is very interesting to outside world and last for 3 days. It is the biggest ritual festival of indigenous local people known as ” The chasing of the Demons”. This festival occurs annually in the month of May/June. The actual date is  varied depending the Tibetan calendar. So, as far as possible, we recommend visitors to plan their trip to upper Mustang during the same period so that you can experience more beyond your imagination.

Pokhara to Jomsom (by air) and trek to Kagbeni

Trek from Kagbeni to Chele

Trek from Chele to Syanboche

Trek from Syanboche to Tsarang

Trek from Tsarang to Lo Manthang

Trekking from Lo Manthang to  Drakmar

Trek from  Chhusang to Muktinath

Trek from Muktinath to Jomsom

Fly out or by road from Jomsom to Pokhara

Since the inclusion and exclusion items varies as it depends to your mode of trip/trek you prefer,please kindly let us know your requirements which suits to your time and budget,we would customize your trip and offer you the cost accordingly. Please send a message / quick inquiry to us.

best season All year round 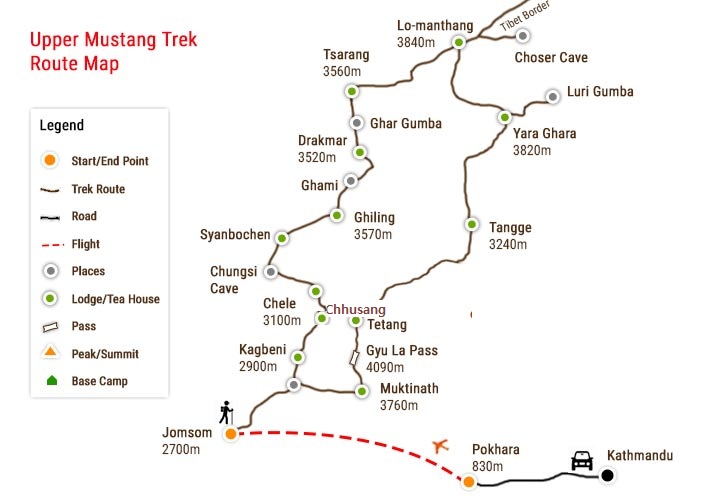