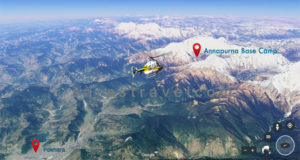 IT IS A LANDING FLIGHT

We take you to the foot of the  Mt. Annapurna South  by  a 4 seater and 6 seater Chooper Helicopter  and offer you to experience the miraculous dramatic moment, which could be a life time achievement either. This is more exhilarating trip as it does not only fly over the several  high mountains along the route, it lands to the ground at the foot (4130m) of the Mt Annapurna South(7219m). Literally, it is more like a true drama  within a 1 hour Helicopter Landing Tour including up to 30 minutes stoppage at the base camp. Each flight carries maximum up to 6 passengers. 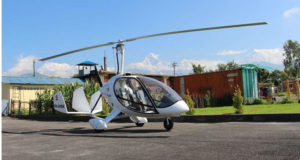 Flight duration has been categorized as below name :